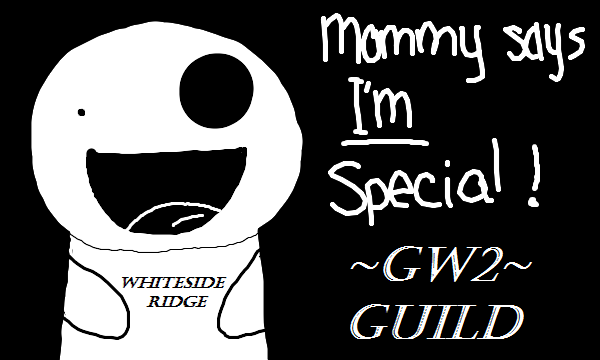 Guild Wars 2 Guild. Mommy will always think you are special!

Who is online?
In total there is 1 user online :: 0 Registered, 0 Hidden and 1 Guest

Ok, so I was bored after I watched one of my anime episodes and I started reading some of the comments, noticing that an awful lot of people were addressing a certain "Emil C"... the reason? he wrote two of the longest comments I have ever seen on the damn website O.O As to show how long his "comments" were I will paste 'em, but no need to read them as he sounds like an immature kid trying to prove he's right xD (I only read the second comment

and second one:
Emil C. Says:
@ LHINES,
I have to to tally disagree with you about Natsu’s immature and stupidly 2 dimensional empty brain of his.
And here are MY FACTS for which I consider Natsu one of the most annoying and worst character in this show:
1) When he goes to “save” Makarov from Zancrow’s attack… What does he say?
He didn’t say: “Stop hurting the closest family figure I have don’t you see he’s hurt?”
NO! He said: “How dare you beat Gramps before I had a chance to do it first!”
I was like: “WTF!?” NATSU WASN’T ENRAGED BECAUSE ZANCROW HURT MAKAROV, HE WAS MAD BECAUSE SOMEONE “HURT HIM AND KO HIM” BEFORE HE HAD A CHANCE!!!! NOW TELL ME IS THAT A WAY A HERO THINKS??? IS THAT NOT SHALLOW??????
2) After Lisanna came back from Edolas has he EVER asked her to join him inn any mission together???? NOOOOOOO!!! IT IS AS IF SHE DOESN’T FREAKING EXIST!!!
I MEAN, C’MON!!! HE’S ACTING AS A COMPLETE JERK TO BOTH GIRLS!! First with Lucy because he never wanted to open up with her and talk about it with Lucy AND NOW THAT SHE’S BACK IT’S LIKE SHE DOESN’T EXIST!!!! HE COMPLETELY IGNORES HER!!! WEREN’T THEY AT LEAST FRIENDS????
3) He nevers takes anything serious…. NEVER EVERYTHING IS A “F” CHALLENGE OR A GAME!!! Or can’t you remember how much fun did he had manipulating Lucy with Cain’s doll??????? I mean, he was “trying out new things” with her!! She’s your freaking friend!!! Why the hell are you putting your frined in flames?!
4) Has no respect for anyone or anything!!! He disrespected every single person in this freaking story at least once. He also USES PEOPLE!! What kind of “selfless heroe” GOES AROUND AND MAKES HIS “FRIENDS” PAY FOR EVERYTHING AS A “F” FREE LOADER!!? HUUUUUUUUUUUUUH???????????
OR CAN’T YOU REMEBER THATTHE ONLY FREAKING REASON HE FOLLOWED LUCY THAT DAY AFTER THE 7 YEARS GAP TO GO AND SEE HER FATHER WAS TO GET MONEY FROM HIM?! HE ONCE AGAIN WANTED TO USE LUCY TO GET FREE CASH FROM HIS FATHER!!! WTF?!
HE DIDN’T CARE ABOUT LUCY, HE DIDN’T CARE ABOUT JUDE!!! HE JUST WANTED CAAAASH!!!
5) Finally, during the test when Natsu fought against Gildarts for real AND LOST!! What did the freaking baby did??? HUH? Right!! Cry!!! Because and I quote he “had never felt such fear of losing in a battle…!”
I was like: “Seriously…-_-….. Grow up!!! We ALL FEEL FEAR SOMETIMES!! BUT WE DON’T GO AND CRY BECAUSE WE LOST!!! WE SUCK IT UP!! AND MOVE ON!!! YOU ARE SOOOO LAME NATSU…..”
6) This is more of a personal reason, so feel free to ignore it, but his freaking name in japanesse is “Summer”…. LMAO!!! XDDDDD
GO SUMMER!!! XDDDDD HE’S SOOOOO GAY!!!!!! XDDDDDDD “EVERYONE WANTS TO BE LIKE SUMMER”!!!! INCLUDING YOU!!! XDDDDDDD
So, noooooooooooooooooooooo! Natsu is not a shallow son of a b****!! he’s just a freaking dumb*** that can never shut the “f” up and always ruins things and thinks that the only way to fix things is with his fists….. -_- …..
AND THAT IS A FACT!!!
I apologize to other viewers for my foul language, but I just hate it when people go all crazy about Natsu and attack mmy personal opinion…
The good thing, is that I’m a total Fairy Tail freak and can actually base my opinions of characters from multiple episodes and kick other guys asses if they mess with me! ;D
BTW, who thinks chicks that go crazy about Sting have a serious brain damage???
Anyone? No? I mean, he’s a jerk! And he has a piercing on his left ear!!!! XC
Meaning the “gay ear”!! Yeah, I have the feeling he’s a freaking homo as Sugarboy all over Natsu!! hehehehehe!! I actually like him to SOME POINT!! Because I hope he will kick Natsu’s ass just like Gildarts did on the test!

someone please tell me that kid is overreacting... looool xD

LOL but release is only 1 more week o.O Im so busy next few weeks... Funeral and Rowing + work, I joined the Royal Student Rowing Club 'Njord', so yeah 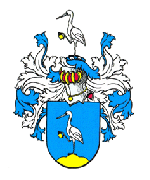 I for one know that I won't even try logging in first day O.O it will probably be crowded and impossible to play lagless, so I will just wait a day... or two xP (after the real release... not the early start release xD) I also wonder when I will get my collector edition goodies =O
_________________

Waiiiit, you still havn't got those? Maybe Sue them?

wwhy would I? I signed a contract that they would deliver it to me, at a later date, which was the release date, so I already got my twiddiedinkles

Your skill links are broken btw

YEP! Anywayz, I updated the forum, but only you can change the faith.aforumfree.com part, which apparently you can change into MSIS.Forumotion.com (it's shorter than free-forum-hosting) and MSIS is the new name. Please do that sometime! And I vote we start using this again to decide when we can all play, so we can actually do a dungeon sometime